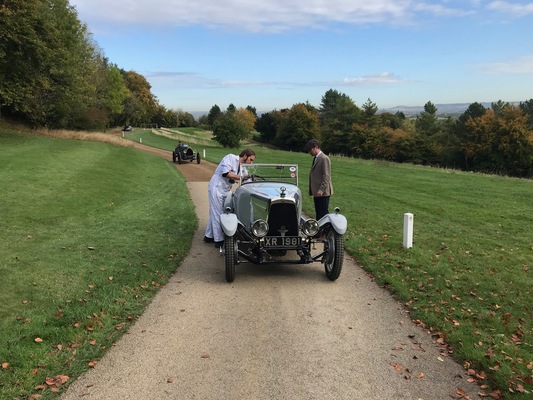 It's 95 years since this particular Aston Martin Side Valve, known as 'Cloverleaf', completed its historic run up Aston Hill in 1923. On 21st October, XR 1981 lined up at the bottom of Aston Hill. One of just eight customer cars built in late 1923, this early Bamford and Martin machine was competing against two Bugattis and two other Aston Martins  one of which had been entered by Company founder, Lionel Martin, who won the trophy on the day.

Today, with Aston Martin Works driver Darren Turner at the wheel, and pursued by a period-rival Bugatti, it is a superbly fitting way to mark this auspicious anniversary.

Also present to mark the occasion was Aston Martin's own Company Historian, Steve Waddingham, as well as journalists from both Vantage and Octane magazines. The talents of James Norden from http://upbeatimage.co.uk were put to work in the creation of a beautiful short video. The video can be found in our video gallery.