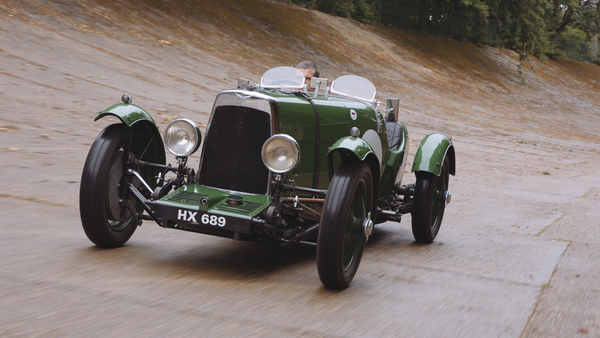 What a delight it is to take LM4 back to Brooklands. Built in 1930 and a completely new car, it was specifically designed for the Works racing team. In the same year, it achieved 2nd in class and an incredible 4th overall in the Brooklands Double Twelve driven by Bertelli & Holder. It made a further four appearances at Brooklands in 1932.

After a full restoration in the 1990s it made three appearances at the Le Mans Classic in 2002, 2004 & 2006. The last of these was driven by Dr Ulrich Bez which gives it the prestigious honour of being raced by two Aston Martin CEOs with a 76 year gap!

Today, Guy Jenner of HWM Aston Martin took it for a nostalgic spin around Brooklands once more. It is light and quick - indeed a very usable car. It is offered for sale and can be viewed at the Aston Martin Walton-on-Thames showroom.